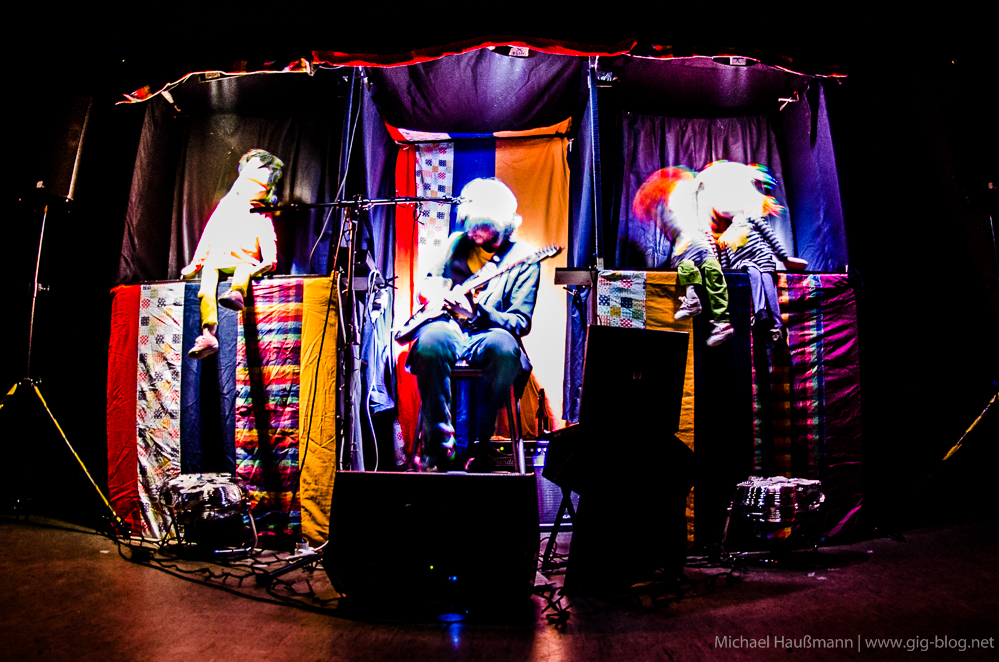 Sit   In   Music  is   an   electro   pop   band composed   by  Fabio   Bonelli and Adalgisa, a sweet puppet who kindly sings and dance.
There is also a puppet band, colourful and wild.   And   also   papier-mâché   starships, singing   suns,   speaking   bears   and   many others, in a colourful and sparkling show that, starting from indie pop inspired by Beatles, Pixies and Yo La Tengo, aims at merging puppetry, musical, Muppet Show, circus and sci-fi.
The project started in January 2014, with quite a number of gigs in Italy, often characterized by a good audience response with several sold out concerts.
Puppets and tricks are moved by Solenn Le Marchand and Alberto Stevanato from the art-rock band Grimoon and the stop motion studio Frame by Frame.